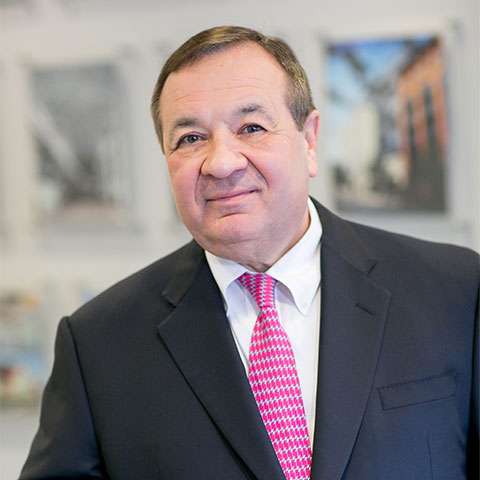 When Ted Domuracki founded MAST Construction Services, Inc. back in 2001, he carefully selected the firm’s name as a nod to the mast of a ship, which bends under adversity, but does not break. In his role as principal, it’s that image that guides his philosophy in leading the company.

Domuracki’s strength is coupled with a keen ability to listen to the members of his team and the many clients they serve, being flexible, yet on task. He actively manages overall operations, development and strategic interests for the company’s growth, and is personally involved in all of its high-profile projects, meeting face-to-face with key executives and sharing his years of knowledge to the benefit of MAST’s clients.

Domuracki’s industry experience began, literally, on the ground. He has more than 45 years of real estate and construction expertise, including senior executive positions at some of the nation’s largest construction management firms. In founding MAST, a construction management, project management, owner’s representation, and distressed projects consulting firm, Domuracki and his team provide senior-level, hands-on services, partnering with public entities, institutions, corporations and developers through a high level of synergy and camaraderie to meet goals in timely, efficient and effective ways.

The firm’s notable clients include several Fortune 500 companies, for which MAST provided distressed project consulting, including more than 75 projects nationwide, spanning $250 million. Of particular note is the precedent-setting design/build delivery of the new $160 million High Tech High School in Secaucus, NJ, for which MAST serves as construction manager.

Other clients of note include the Newark Downtown Core Redevelopment Corporation (NDCRC), for which MAST was the owner’s representative, including construction of the $400 million, 18,000-seat professional sports arena and entertainment center for the New Jersey Devils.

The industry has taken note of Domuracki’s many successes. His accolades include being named “Construction Manager of the Year” by the New Jersey Building Contractors Association in 1995 and receiving a construction industry “Good Scout Award” in 2000. Domuracki, an Eagle Scout for more than a decade, served as an executive board member on the Northern New Jersey Boy Scout Council. He also sits on the Capital Planning Committee for Hudson County Community College in Jersey City. Previously, Domuracki’s service to one of his firm’s Fortune 500 clients earned him a position on its Oversight Risk Assessment Committee.

In addition to the pride he feels for all that his company has accomplished during the past 19 years and counting, Domuracki has a full personal life. He resides in New Jersey with his wife, Mary Ann, who is managing director at MMG Advisors, a Manhattan M&A firm, and their two daughters, Stephanie, a graduate of Lehigh University, employed as a staff analyst at Deloitte in Manhattan, and Amanda, who is a Boston University graduate and won an Emmy for her work in college television. 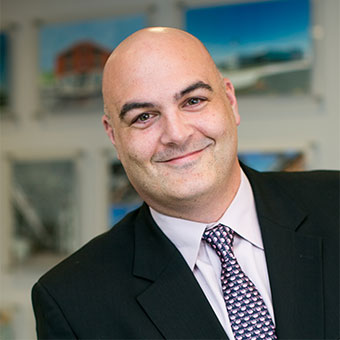 Jim Napolitano continues to build a reputation for excellence in client service, through his 20 years at MAST and over 20 years as a construction industry professional.

His affinity for and expertise in various project types—from schools and arenas to courthouses and correctional institutions—make him a standout member of MAST’s executive team, as does his talent with technology.

In addition to a technical expertise in computer programs, which allows for a smooth flow of project information, Jim has a superior command of technical devices like drones, which he often uses to photograph projects, much to the appreciation of project owners and clients. Younger staff also have keyed in on Jim’s digital know-how as a way to stay ahead, increase productivity and enhance efficiency. In all, Jim strives to ensure that his clients and colleagues have what they need to make everyday life easier, such as using a mobile tablet for on-the-spot picture-taking or for the mark up of electronic plans and drawings.

As a professional that makes the most of challenges, Jim takes pride in seeing projects under his leadership come to fruition and serve those they’re built to benefit, as with the new education facility for Bergen County Special Services School District, in Paramus, New Jersey, a 125,000-square-foot complex for which he was project executive, including an administration building and school for adults with disabilities, plus middle and high schools for children with autism.

Among his other notable projects are the $400 million Prudential Center in Newark, New Jersey, where MAST served as the owner’s representative of the City of Newark, and project management for Bergen County Juvenile Detention Center’s Youth Shelter in Teterboro, New Jersey.

Jim earned a Bachelor of Science in Civil Engineering from Manhattan College. He is a member of the Construction Management Association of America and lives in New York’s Rockland County, in the town of Nanuet. 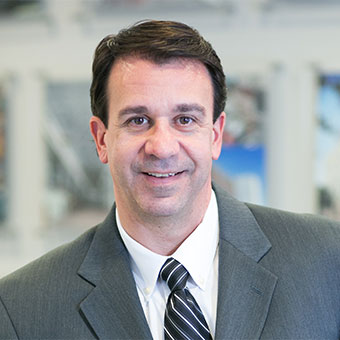 Troy Marzziotti has been with MAST for 17 years and in the construction industry since 1994. Prior to joining MAST Construction, Inc, Troy worked for three years, under the guidance of MAST’s President Ted Domuracki, in providing distressed project consulting and closing out a Fortune 500 Project Portfolio consisting of multiple projects ranging from $2 million to more than $55 million.

During his two-plus decades in construction management, Troy has worked on private and public projects with a concentration in education, healthcare, and correctional institutions. He possesses a keen ability to mobilize team members, and efficiently move projects through various phases to meet planned goals and milestones, for the timely start and completion of all phases of work. In all, Troy’s high level of technical expertise and attention to detail have proven to be especially valuable in attaining final close-out of projects.

Key among Troy’s clientele is Hudson County Community College in Jersey City, where he has been responsible for various renovations, additions and new construction, including the completion of two sites at Journal Square; Culinary Arts Institute; and the HCCC Library, which are both award-winning projects. Currently Troy is working on Hudson County Community College’s New Science, Technology, Engineering, & Math (STEM) Facility.

In other work, Troy managed construction for the Monument to the Struggle Against World Terrorism memorial for the victims of 9/11, located at the former Military Ocean Terminal in Bayonne, New Jersey. He has worked on the renovation and construction of court houses for Union County, and, in the private sector, he oversaw additions and renovations of several senior living facilities throughout New Jersey. 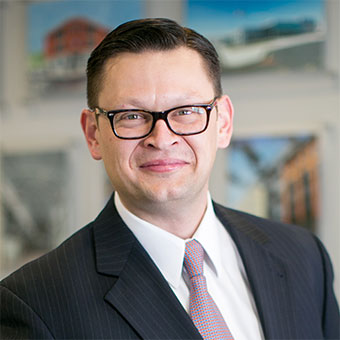 A construction industry veteran for over two decades, Paul Skabich joined MAST Construction Services in 2005 as a project manager. Now, as a project executive with the firm, Paul’s expertise with managing projects encompasses everything from the preconstruction through construction phases.

Through his comprehensive project management and hands-on experience, as well as his background in geotechnical and site civil engineering, Paul has developed a keen understanding of what owners and clients need, where potential problems may arise, and how design and construction phases are managed. His skills result in effective project planning, anticipating and resolving issues as they arise, and maximizing optimal outcomes for end users.

Paul focuses on projects related to parks and recreation, plus institutional and education sectors. He served as the project manager for the Newark 5th Police Precinct and Office of Emergency Management project in Newark, New Jersey, which was completed in 2011, and for which he oversaw the facilities maintenance for several years. Other projects of note under Paul’s direction were the Jersey City Redevelopment Agency’s Berry Lane Park in Jersey City, New Jersey, where he was the project executive, as well as the construction of the new maintenance and fueling station for the County of Bergen in Hackensack, New Jersey.