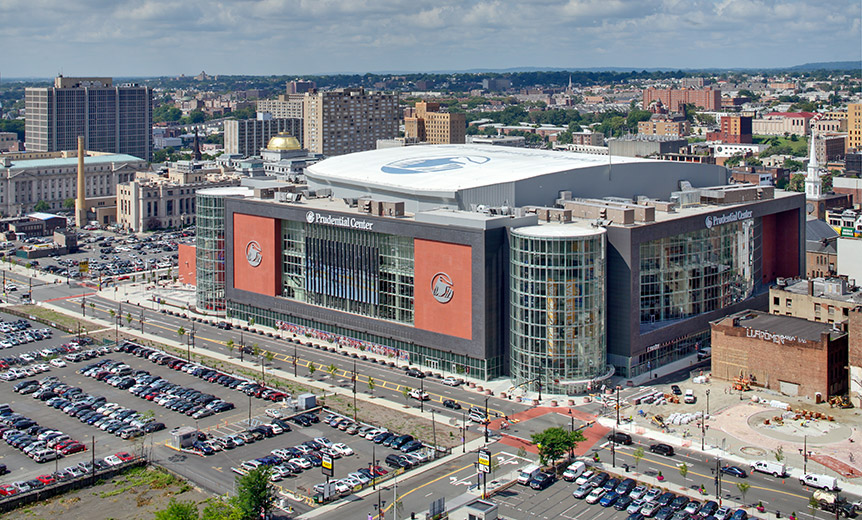 MAST, Owner’s Representative for the Newark Housing Authority, oversaw this $430 million project.  This is a major redevelopment in Newark, including the construction of the following:

The new Prudential Center has become the centerpiece of all New Newark and was awarded the New York Construction Magazine’s Project of the Year, Best of 2008 Award.

The Trust for Public Land embarked on an ambitious and vital project for the City of Newark, creating its first Riverfront Park. Located in the Ironbound Section along the Passaic River from the Jackson Street Bridge to Somme Street, bound by Raymond Boulevard, this area of approximately 3.5 acres now includes the following features:

MAST served as Construction Manager for the conversion of a 13,000 SF commercial parking lot into a new plaza. Located directly across from Hudson County Community College’s new Culinary Art Institute and Conference Center, the new Plaza offers green space in this urban center. Students, faculty and visitors are provided with a sense of place via the new plaza with its tree lined setting, water feature walls and a circular designed paving area with seating. A portion of the park is also available for private College events.

Located at Lyons and Leslie Streets in the South Ward section of Newark, St. Peter’s Park is the first of the City’s Park Initiative Project to be completed for the City of Newark. We began design on February 4, 2008, kicked off construction on May 23 and completed the project on July 7, 2008.
The renovations and upgrades included:

The Newark Parks Initiative Project is part of the transformation and revitalization of the City of Newark.